The idea behind this new launch is to create EOSIO for Business. Block.one is committed to delivering several upgrades that will greatly improve the f

Block.one announced the launch of new services to make EOSIO more accessible and adaptable.EOS jumping 1% after the recent news trying to recover from a downtrend.

The idea behind this new launch is to create EOSIO for Business. Block.one is committed to delivering several upgrades that will greatly improve the flexibility of EOSIO's consensus protocol. The official announcement paper states:

EOSIO for Business is here to help clients ensure their projects meet industry standards and stay on par with traditional non-blockchain technologies by providing access to the native knowledge of engineers and developers whose expertise supports and evolves projects.

The launch of the new services is the final part of four of the EOSIO strategic vision. The roadmap's primary mission is to accomplish higher scalability, give developers better tools, and create a faster app development ecosystem, enabling greater security and flexibility.

Can EOS rebound thanks to the latest news?

Despite the announcement and the 1% price spike in the past several hours, EOS's outlook remains quite bearish after a prolonged downtrend. In the past month, the digital asset has lost around $100 million in market capitalization and seems unable to rebound for good.

Despite the several higher lows created by EOS, the price was still unable to climb above the first crucial resistance level at the 200-SMA. In fact, the 50-SMA and the 100-SMA are also resistance points on the way up. The next price target for the bears would be a support level established at $2.47. 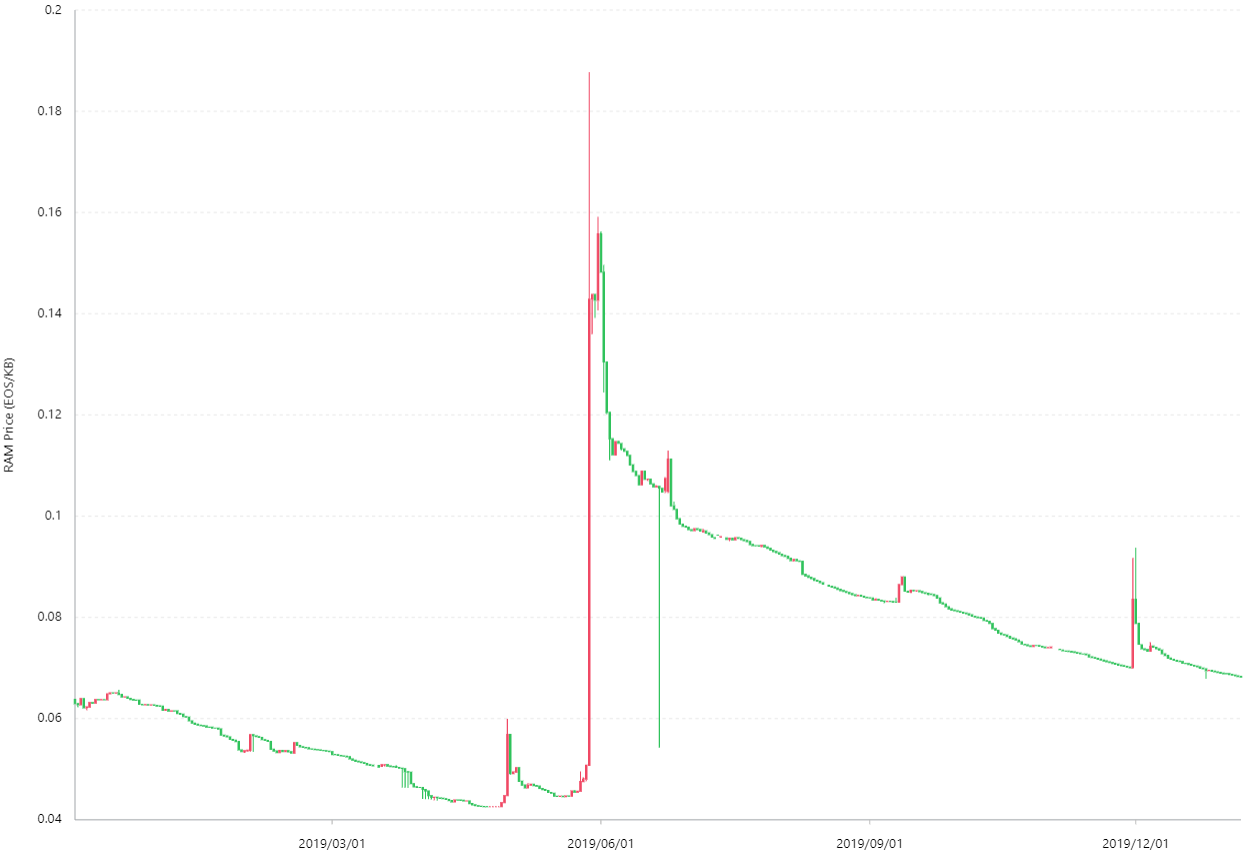 It seems that the interest in EOS has been fading away since 2019. The RAM used on EOS skyrocketed to 0.20 EOS/KB in July 2019 due to Block.One buying close to $25 million worth of RAM; however, this number has continued to decline ever since, indicating that the interest in the digital asset is also fading.

On a shorter time-frame like the 4-hour chart, it seems that the bulls are trying to shift momentum in their favor. The price was able to defend a critical support level at $2.6 (100-SMA), and it's now trying to climb back above the 200-SMA. A breakout above this point can push EOS towards the 50-SMA at $2.64 and then the last high at $2.72.

The MACD is also really close to a bull cross, which we haven't seen since October 10. Additionally, there is a symmetrical triangle pattern, and the upper boundary coincides with the 100-SMA, which adds strength to the idea that a breakout above it will push EOS towards $2.72.

Critical price points to look for

From a bearish perspective, EOS seems to be having a lot of trouble bouncing back up. The next price target to the downside would be $2.47, as many indicators continue being in favor of the bears, including some on-chain metrics like the cost of RAM.

On the other hand, bulls attempt to come back on the shorter time-frames like the 4-hour chart. A successful defense of the 4-hour 100-SMA into a bullish breakout above the 50-SMA and the upper boundary of the symmetrical triangle can drive EOS towards $2.72.

Also check out this articles:

Dash announced that it would be introducing several new features in it...

Zcash has a little over 53 days left before it goes through the next h...

Guild leadership touts that the new agreement, valued at $200 million ...

The couple tied the knot five years ago and share one daughter togethe...

The Atlanta-based mogul opens up about how he was able to complete the...

The contemporary adaptation of the beloved book by Anna Sewell will de...